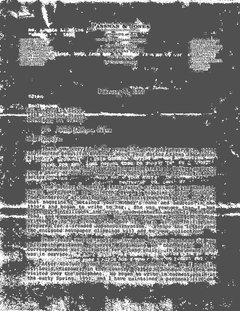 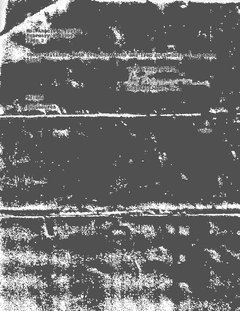 Shannon Jones sent me a letter and an enclosure in response to the newsletter I sent him. He died in 2009.

Thank you very much for your kind note of January 31, 1999, and for the beautiful brochure about your Mother, Elena J. Ledesma Silva.

You requested that I write you a short note or letter and tell you a story of how your Mother was special to me, so this is that letter.

Your Mother in Manila (then Pasay, Rizal) and I in Kaufman, Texas, were both, as children, given a magazine called Child Life. The centerfold of that magazine was entitled "Pen Pals", and from that magazine I obtained your Mother's name and address in the 1930's and began to write to her. She was younger than I, but extremely intelligent and wrote good letters, which I received, read, and promptly answered. Here is a letter I have treasured, written to me by Elena on October 11, 1941, as the Philippines prepared for the dreaded Japanese invasion. I hope the letter and the enclosed newspaper clippings will add to your collection.

Then Pearl Harbor and the invasion by the Japanese of the Philippine Islands occurred, beginning on December 7, 1941. Correspondence was disrupted for a long while. In the meantime I was in service.

After the war, your Mother came to school in, as I recall, St. Louis, Missouri, in this country, called me, and we chatted and visited over the telephone. We began to write in earnest again in the early Spring, 1991, and I have maintained a personal file on those writings, both from her to me and me to her, since that time.

Shannon Jones Jr. grew up in Kaufman, Texas, the place where he first heard, loved, and learned to play and sing Country and Western music. Upon his honorable discharge from the service in World War II, Shannon returned to Texas, obtaining an undergraduate degree from Texas A&M University and law degree from Southern Methodist University. In 1950, he began practicing law in Dallas with the law firm of Alexander, George, Thuss & Passman. On January 1, 1952, Shannon founded Passman & Jones with Sam Passman.

Shannon’s law career spanned more than fifty years in the practice of civil law and in his later years was concentrated primarily in the fields of wills and estates and entertainment law. He played a vital role in counseling many business leaders, entertainment performers and leaders in the entertainment industry, including “ghostwriting” for many artists primarily in the Country and Western field, such as Bob Wills and other successful songwriters. Shannon was also a champion of artist’s copyrights and fair compensation for their works. He was a pioneer in the industry who wrote many of the first statutes, including those in Texas protecting the names, persona, likenesses and creative works of artists like Buddy Holly long after their careers had ended. Shannon also founded the first Entertainment Law and Study Group at the Dallas Bar Association, which was the first such group in any Texas bar association.